As you may have read while discussing the potential upcoming new Nissan Z car I had mentioned how long in the tooth the Nissan Frontier is.  Nissan is definitely missing the boat here, especially as the midsize truck segment is heating up again, keep in mind the current model first came out in 2005, thats 14 years ago.  Well it sounds like Nissan has finally woken up and they are saying that the new model is “almost finished”.  Ivan Espinosa, Nissan’s vice president of product planning, also said “it is something we are actively working on, and will soon be coming into the market.”  This to me is super exciting news as I have always been a fan of the Frontier and will actually seriously consider the new one when it comes out.

Nissan did not provide an exact time frame or show at which it will be unveiled but at least it sounds like they are working on it as before there was no news at all.  The concern is still that they offer no specifics on the new car and we are not sure if they will just try to refresh the Navarra pickup from international markets for United States use or if they will make a fully new truck, mind you that the Navarra came out in 2014, so it too is getting old.  It makes sense for Nissan to act quickly though as the midsize truck market that was once lost and forgotten has roared back to life and is quite hot right now.

I will say here the same thing I said when rumors of the new Ford Ranger came about.  Just like Ford, Nissan has a chance to hit a grand slam here, or, they can completely screw it up and do nothing right.  To me, it needs to be cheaper than the Ranger or Tacoma to be competitive and it needs something unique to separate itself from what is now quite a crowded segment.

It is a bit of a weird feeling talking about the brand new Ford Ranger and upcoming Nissan Frontier, honestly the only thing missing is the Dodge Dakota.  Who knows, maybe Fiat will make it happen.

I will keep you in the loop as more news develops. 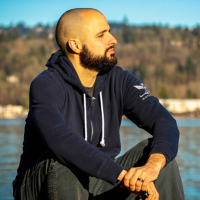